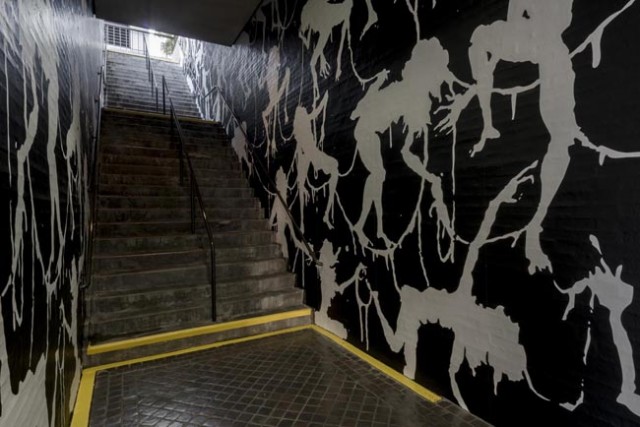 Come Together features a tessellating pattern of bodies connected by strands of ectoplasmic material. Inspired by the underground invisible network of tissues that connects mushrooms, as well as the residue of a medium’s séance, the shamanistic figures in this work are attempting to find tangible bonds between visually separated bodies and spaces. The figures could be read as various discreet members of a population, or the kaleidoscopic refraction of a single individual. The stairway is seen as a passageway between two spaces that might seem at odds with each other but coexist simultaneously, a bridge between the physical world and a space less tangible.